Common Character Concerns: Are You Fit to Admit?

When the Maryland Board of Law Examiners or the DC Bar Committee on Admissions Question Your Character and Fitness to Practice Law, an Experienced Bar Admissions Lawyer can help you get Admitted to the Bar 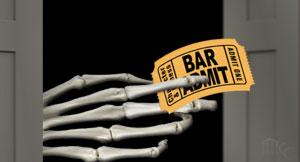 Skeletons in your closet and past indiscretions may prompt questions which require the attention of experienced bar admissions counsel.

Character Committees look to an applicant's history to determine whether the person will be fit to practice law in the future. In such investigations, honesty is paramount and a failure to disclose material facts, no matter how embarrassing or problematic, will greatly jeopardize the applicant’s chance of practicing law.

While a failure to disclose can be fatal, candidates with a history of criminal offenses and other infractions are often admitted to the bar if they can provide convincing evidence of rehabilitation. In Maryland, the District of Columbia and virtually all jurisdictions, bar examiners, character committees and courts are more likely to excuse past indiscretions if they are, indeed, a part of the individual's past. However, problems often arise when the applicant has shown a continuing pattern of misconduct – especially when that pattern continues after the person has been admitted to law school.

While not an exhaustive list, most character and fitness issues arise from the following:

None of these problems are insurmountable. But, considering what is at stake, you would be well-advised to seek counsel with experience in the bar admissions process when completing your application, responding to character and fitness concerns, or participating in hearings.