Q. After a wild frat party in college, I got arrested for disorderly conduct. The charge was ultimately dismissed, so I didn't think I needed to list it on my law school application. Will this be a problem now? 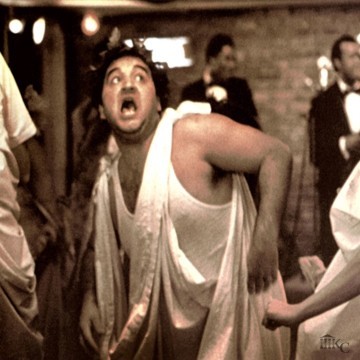 A. That depends on the specific question posed on your law school application. Different law schools use different application questions, but virtually all require applicants to address any criminal record, including arrests or incidents resulting in probation.

If you answered "no" to a question that you should have said "yes" to, that can certainly raise concerns about your candor toward your law school's admissions committee. Because your law school application will be furnished to the board of bar examiners, a comparison between the two applications may reveal a red flag that prompts further investigation and may jeopardize or delay your ultimate admission.

While you can't turn back the clock and resubmit your original law school application, your law school undoubtedly has a process for amending the application to include details that you may have omitted earlier. This is designed to help ameliorate the impact of inadvertent omissions that could complicate bar admission.

Fortunately, bar admissions committees know that applicants exercise less care on forms submitted before they attended law school than they use in completing forms thereafter. Once we enroll in law school, we learn the importance of detail, the need to expend effort to get the facts right, and the critical value of candor. Thus, the application completed in haste may often be corrected without ruining your chances of admission to the bar.

Naturally, this all depends upon the nature of the charge, the time that may have lapsed from your arrest to the submission of the law school application and whether it would likely have had a material impact on your admission to the school. There have been few instances in which law schools have rescinded offers of admission to those who amend their applications. But you must be aware that serious, inexcusable omissions may violate the school's honor code and lead to academic discipline as well.

In your case, the omission on an isolated instance of alleged misbehavior would be easier to excuse than a pattern of misconduct or more serious infractions that involve significant violence or dishonesty.

Past mistakes may be forgivable. But concealing past mistakes can cast doubt on your present moral character and are much harder to defend in the bar admissions process.